Who’s Bad The Evolution Of Pop 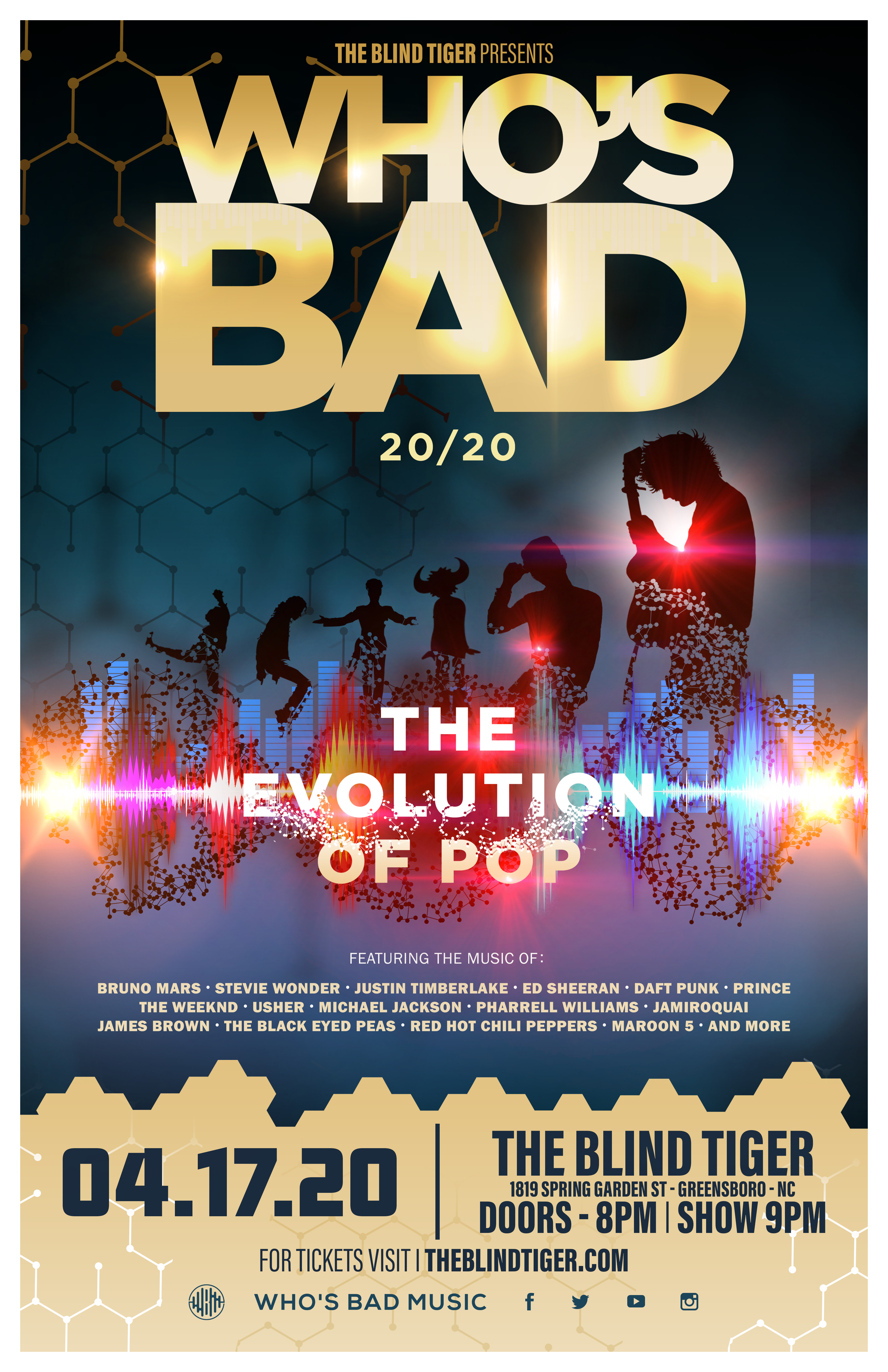 Pop music. It’s the songs with catchy hooks and captivating grooves that reverberate all over the globe. These songs connect us, across oceans and beyond borders. Pop songs are the stuff of legend. Pop music is the soundtrack that unites us all.

From the creative force behind “Who’s Bad: The Ultimate Michael Jackson Experience” comes, “Who’s Bad 20/20: The Evolution of Pop.” This high voltage, multi-sensory experience takes audiences on a pop music pilgrimage that spans five decades. From the funk of the ’70s to your favorite 1980’s pop icons, to the electro-pop that fueled the first decade of a new century, “The Evolution of Pop,” delves deep into the universal songbook of popular music. The result is an authentic live experience of the definitive songs that inspired your favorite artists – as they would have performed themselves — on one dynamic stage.

Like its name implies, “The Evolution of Pop” is a visionary musical continuum saluting the icons of the past who paved the way for the Jumbotron-sized pop stars of today. As the musical landscape constantly shifts, “The Evolution of Pop” boasts years of performance experience at the world’s most renowned stadiums and pavillions, leaving international audiences awed and yearning for more. This assembly of superior performers provides hardcore fans a seamless bridge between James Brown’s signature funk; Earth, Wind, and Fire’s energetic soul, the sick choreography of the Black-Eyed Peas, and the “24 karate magic” of Bruno Mars. With a single cue, “The Evolution of Pop” brings together some of America’s most outstanding musicians to offer epic renditions of the most timeless and recognizable pop favorites. “Who’s Bad 20/20” binds music’s past, present, and future to deliver the most mind-blowing tribute to pop music’s infinite canon.

As times change, pop music remains our connector. The unparalleled showmanship, high level musicianship, and extravagant stage production of “The Evolution of Pop” leaves no pop gemstone unturned, promising a sing-and-dance-along guaranteed to ignite music fans of all ages.