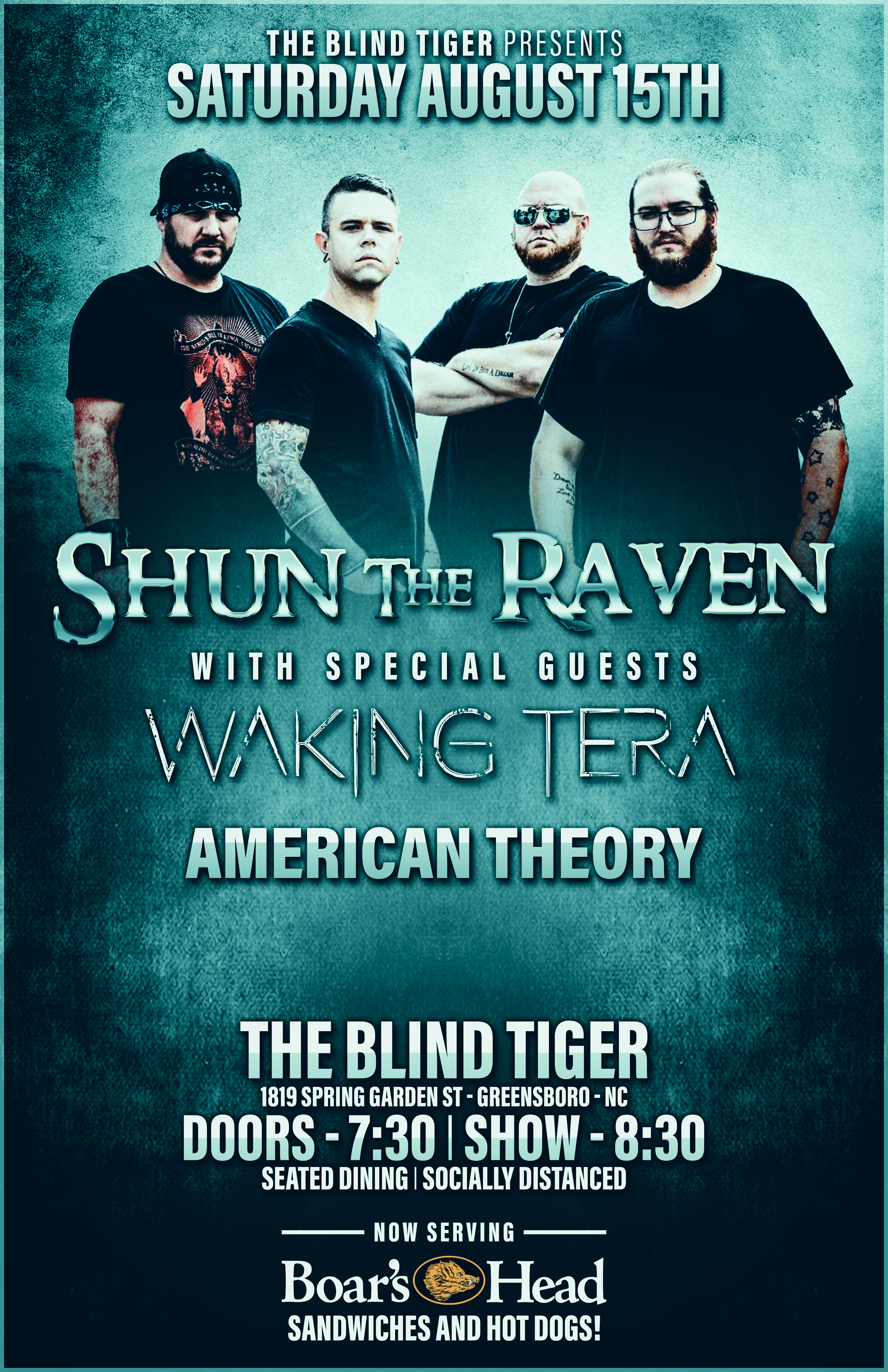 Shun The Raven is an independent, original, four piece band that blends progressive rock and heavy metal. The band is based out of High Point, NC and was formed in 2015. In 2016, STR released a 3 song ‘Untitled Demo.’
Later in 2017, They performed at the Blue Ridge Rock Festival in Virginia which included performances by Saving Abel, Tantric, Drowning Pool, Everlast, P.O.D., Flaw, Sick Puppies, Scott Stapp, and many more. They then followed that up by winning the 105.7 Battle of the Bands contest, earning them the coveted spot of opening for Saliva and Trapt at the White Oak Amphitheater in Greensboro, NC. Shun the Raven has shared the stage with many other national acts including, Smile Empty Soul, Austin Winkler (formerly with Hinder), October Rage, Powerman 5000, Tremonti, Warrant, COLD and even had an acoustic evening with Saliva as well.